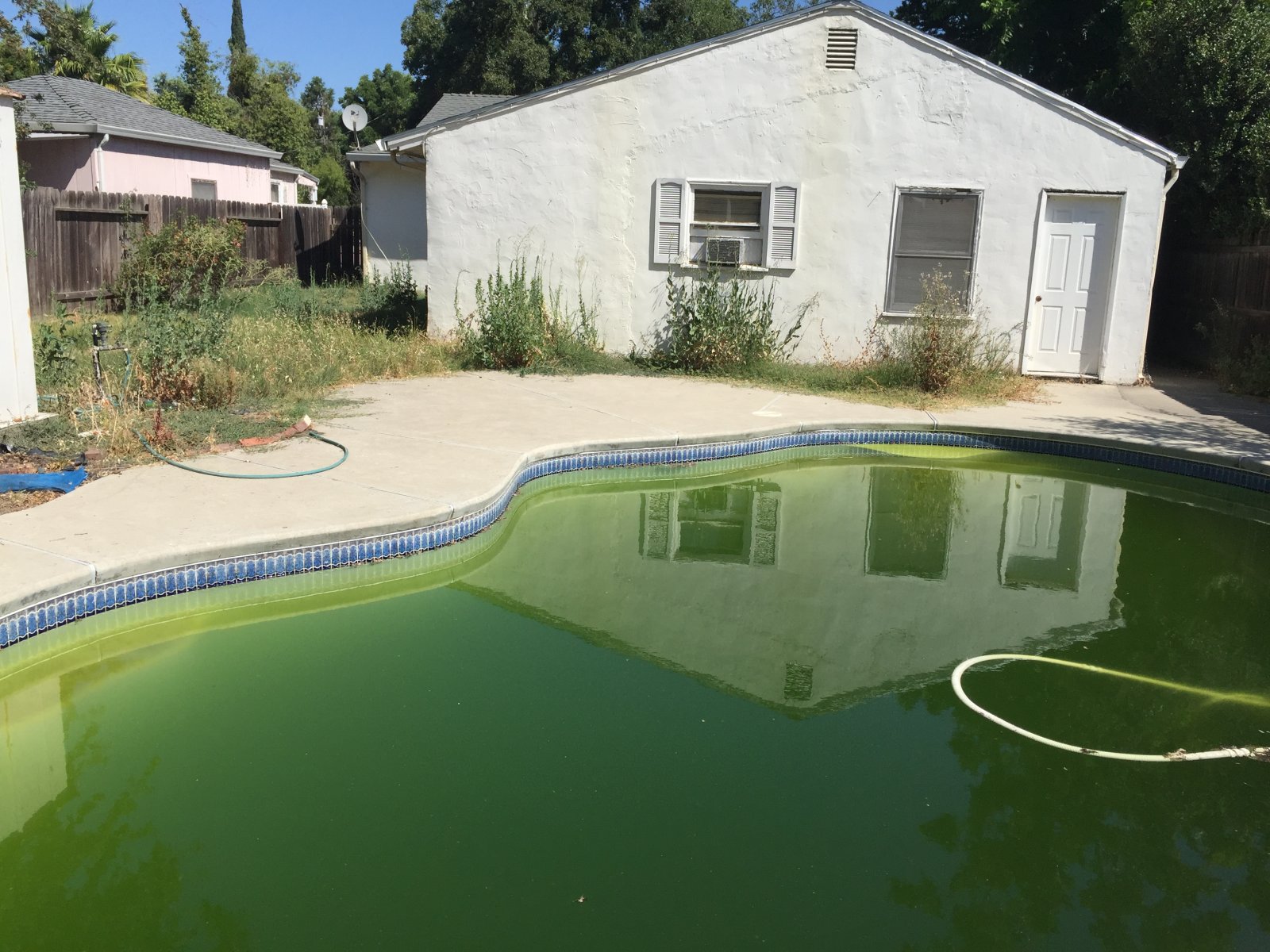 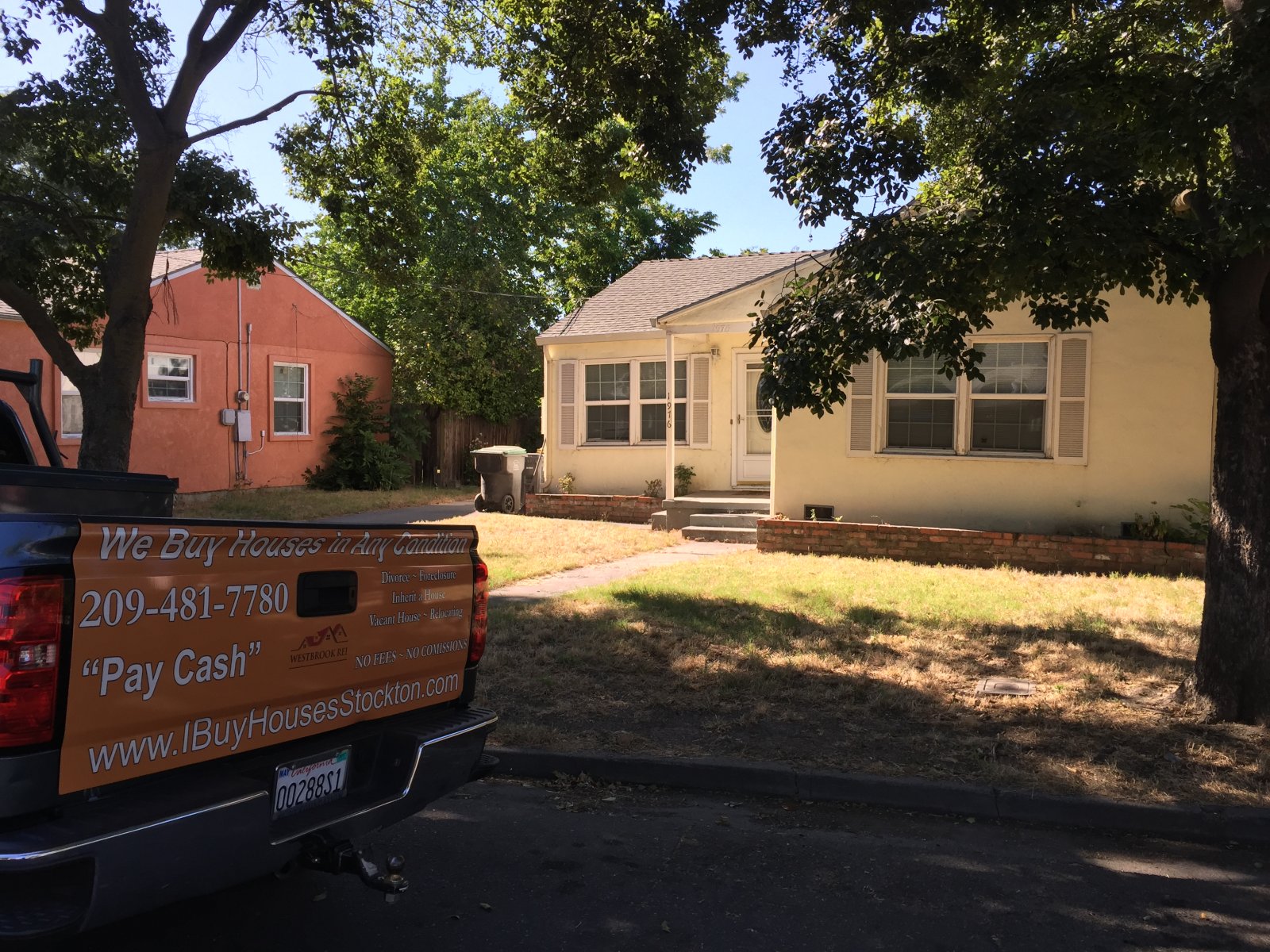 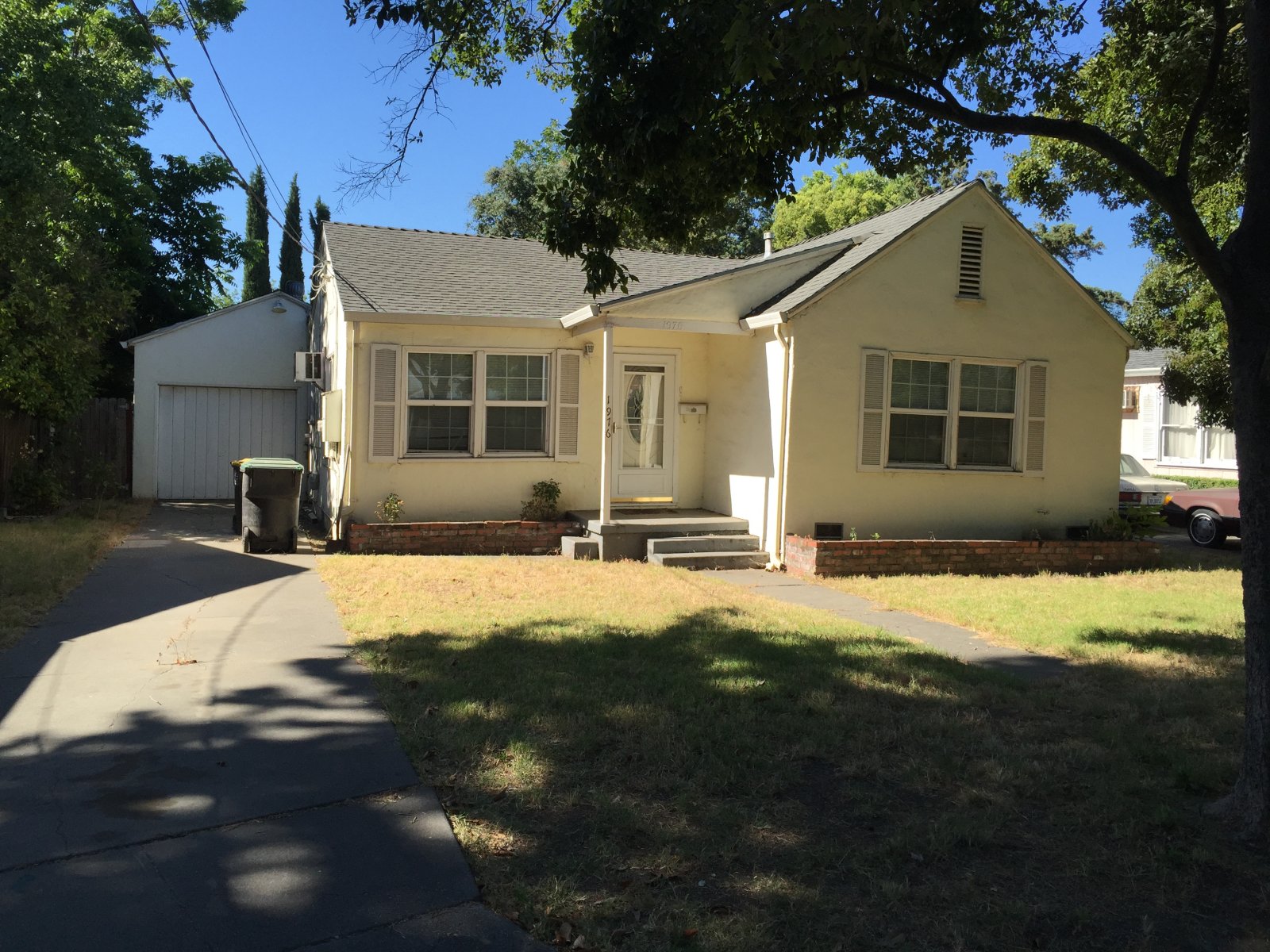 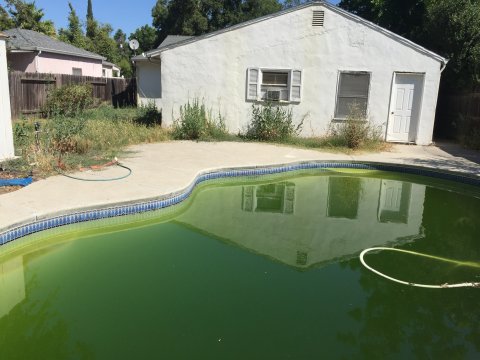 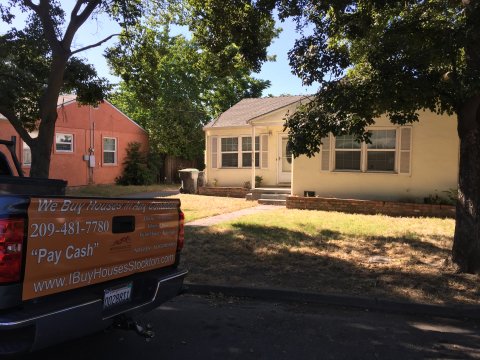 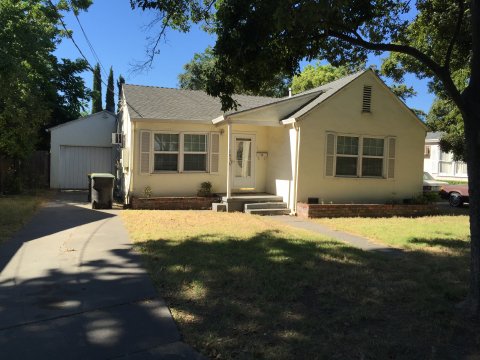 This 3 Bedroom 2 Bath house has so much potential for a quick sale and with an After Repair Value (ARV) or $270K it should be easy.

The house is located in a great and very quiet neighborhood, at the end of a cul-de-sac and sits on a large lot.

In-ground Pool, Large shed in the back yard House is on a Cul-de-sac Cosmetic work needed

My name is Peter Westbrook and I am a local real estate investor and the owner of We Buy Houses Sacramento and Westbrook Real Estate Investments. I am NOT a Real Estate Agent or Broker and for good reason. I purchase real estate and I am NOT going to ask you to pay a commission or a fee.…I pay CASH and because I do, I can close on the day that I tell you.

For those of you that already know me or have already called me you can attest that I answer my own phone and I return all phone calls. When you call me at 209-481-7780 you are calling me on the same number that my mother and my closest friends call me at.

Hear What Others Have To Say…

The City of Stockton was getting ready to tear down my old house. I was no longer able to maintain the Stockton House and after years of trying to keep up with code violations, needed repairs and vandalism, I finally called Peter

Westbrook. He came right out and told me what he could do. He contacted the city and county and even cleaned up the property before he bought it. He paid the back taxes for me and gave me an advance on the purchase of the house. Without his help I would have lost everything. I called real estate agents and other investors but no one wanted to help and no one offered to pay as much as Peter Westbrook. He completely remodeled the house and I smile every time I go by. Thank you Peter.

We inherited our parents house with one of our brothers living there . The property taxes had not been paid and it was in Tax default. We called Peter Westbrook and he found that the title was still in our parents name, so the Stockton House never went through probate. Peter also found that there was an old auto loan that had a lien on the

title and an old  bankruptcy ruling to take care of that lien had never been filed with the courts. Peter handled everything including paying the back taxes, paying for the hiring a Probate Attorney and filing the probate and paying for and hiring a Bankruptcy Attorney to finalize the removal of the lien. He was patient, understanding and he took care of everything including evicting the tenants that were living in the house. We talked to real estate agents and other I buy house people. None of them had the answers for our situation. Without peter we would have lost everything. We got paid cash.

We inherited my parents Stockton house with a mortgage. We decided to rent it out. The tenants destroyed the house.  I didn’t know what to do, I didn’t have the money to fix it and the city had already issued code violations.. I called an “I Buy Houses Stockton Sign” on a telephone pole and Peter Westbrook answered. In 4 days he paid the bank and bought my house. We would have lost everything if it weren’t for Peter Westbrook.

I inherited my mothers house with a mortgage. When my husband and I lost our jobs, we got behind in payments. Then the Bank posted a default with a auction date we didn’t know what to do.

We didn’t have the $15,000.00 and we only had two weeks to do something. We called Peter Westbrook and form the beginning he was confident he could stop the bank. Within 4 days he bought the house with cash, paid off the bank and stopped the Foreclosure. Without Peter we would have lost everything.

I saw a sign on a telephone pole and against my better judgement I called. The last thing I expected was a person answering the phone. I was surprised, Peter Westbrook answered the phone. I had a lot of questions and Peter had the right answers. My mother needed to get as much as possible out of the house and we had talked to several real estate agents and they all wanted to sell it cheap and wanted a 6% commission. They all told us unless we put thousands of dollars into it could not be sold for what we wanted. Not Peter. He made a fair cash offer and since then we have sold him another house. Peter and the title company handled everything. I couldn’t be happier and I would recommend Peter Westbrook to anyone.

I needed to sell my Stockton House. I called a phone number I saw on a sign and talked to Peter Westbrook. The City of Stockton said that they were going to take away my vacant Stockton house, knock it down and send me the

bill to do it. I did everything that I could to try to make them happy. A neighbor offered to buy the house and then Peter offered me twice as much. He did everything he said he would do and I just had to go to the Title Company and sign the papers. He did all of the work and now the City of Stockton is his problem. Thank you Peter.

I inherited my Fathers Stockton house. The front porch was falling in, the walls had holes from being vacant and vandalized. The City of Stockton fined us, red tagged the property and forced us to put on a new roof so we had to get loans and we still couldn’t rent it out.

I called one of those “I Buy Houses” signs and Peter Westbrook came out and made a cash offer. The House closed escrow and we got our money for a house we though was worthless. Thanks Peter!”

“Our Grandfather passed away and my brother, sister and I inherited his Stockton house. He was a junkman and hoarder. He was also 90 years old and had not made a repair to the house in years. He had garage sales almost every day. The house and the yard were full of junk. We tried to get everything out so we could just see the house. We had family and friends come over on the weekends but the cost and effort was consuming all of our time.The house was a mess.

I called Peter Westbrook and he made us a cash offer for the house and he said he would take care of all of the clean up. Thank God I called. The City had issued code violations and fines on the property and even before we closed escrow Peter and his crew had the house and yard cleaned (4 large Dumpsters later) . I recommend Peter Westbrook to anyone that has a problem house. They were fast and professional”